METRIC * Etymology: Greek metrikE, from feminine of metrikos in meter, by measure, from metron measure -- more at MEASURE
1 plural : a part of prosody that deals with metrical structure
2 : a standard of measurement < no metric exists that can be applied directly to happiness -- Scientific Monthly >
3 : a mathematical function that associates with each pair of elements of a set a real nonnegative number with the general properties of distance such that the number is zero only if the two elements are identical, the number is the same regardless of the order in which the two elements are taken, and the number associated with one pair of elements plus that associated with one member of the pair and a third element is equal to or greater than the number associated with the other member of the pair and the third element

"I began as a director with a slavish imitation of Stanislavsky." (311)
(Quotations and # of pages are from MEYERHOLD SPEAKS. [Notes on some of V.E. Meyerhold's utterances at rehearsals and in conversation, as recorded by Alexander Gladkov. Translated by Karen Black. "Pages from Tarusa", Little Brown Boston 1964.]

The directorial revolution in theatre happened at the time of the birth of cinema, the new technology of storytelling, where the visual language was everything. Now we know that director in film is a king. Theatre had to react to the natural "naturalism" of the camera. Naturalism in theatre, which came together with the age of photography, was replaced by symbolism, expressionism; every new decade was a revolution. Stanislavsky believed that theatre needs a new theory of acting, M. believed that there must be a theory of directing. The two went into different directions. No, they are not the opposites, they had different subjects. The twentieth century was fast-moving. Maybe it was too fast, we had no time to reflect, to understand the changes. Only later we noticed the new phenomena -- the director's theatre. Directing is still a new profession...

The rest on Meyerhold's theories is on the biomechanics webpages like BioM II.

"Matrix" is the form, which is unseparatable from the essense (the Constructivists/Formalism in the 20s define the essense as form, or form as a true essense).

"Metrics" means that we can calculate and measure the organization of space and time on stage through actor's movement... or any other changes -- light, sound, scenery.... Actor is the guide of drama, our representative on stage...

[ I advise to read Chronotope, Time and Space pages in Biomechanics directory.

"To some people, the image of an abyss calls forth the thoughts of chasm; to others, the thought of a bridge. I belong to the second group." M (317)

Kinetics: Actor is the machine that activates stage images. Actor is the pointer of the drama, shifting our interest throught the action (supported by all other elements of staging). We block actors according to the dramatic flow... they organize; the dymanics of arranging the set for actors and actors dictating this arrangements for a director. Actor is that emotional bridge....

Directors... Everything on stage is a message (semiotics) and therefore must be measured (formalism, structuralism and constructivism). Talent asks for craft, craft -- for precision.

Energy exists in two forms -- potentiality and dynamics. Kinetics is a transition from potential to actual. We usually call it "dramatic" (even in everyday life). The art of this cosmic transformation we try to present on stage. If you came from the pages of dramatic analysis, you know that this process is scripted in a play. But how to make it fully visible?
Mise-en-Scene (Fr.) is a key term for stagematrix, directorial physical interpretation of action, his stage "texts"....

Yes, we measure everything -- space, time, energy. We can measure the space, time and power on stage no less than we do it outside of theatre. They in the twenties loved to consider themselves as engineers, not artists. They rejected the romantic notion of mysterious inspiration and believed that art has the science as its foundation. But the old gods do not die easily; I still see a lot of resistance to the idea that there is no border between art and science. And art is the most complicated science of all.

If you studied already the floor plan section (Direct Gateway Page), you know that the nine basic squares on stage is enough combinations to create very complex movement. If you add the vertical dimension with its 9 squares, you understand that we have 3D space with more positions than we can handle. Mind you, I talk about the basic, neutral (empty) space. The moment you add light to it, it becomes endless in possible variations. So, Meyerhold thought that director can look at this space of action as painter at blank canvas....

The complexity of elements makes us believe that "art" can do it thought intuition, inspiration, talent only... No, not directors, my friends! We fintasize in order to plan, said Nietzsche (or somebody else). Mass scenes are the most intriguing task for a director -- the "group-ing"; that is the moment you understand the power of stage and staging. [Mise-en-Scene (blocking)]

So, what is this profession - directing?

To give DIRECTIONS to our imagimation. To guide our thoughts and emotions. To direct the flow of time in us, to focus our energy of living. Any show could be seen as a structure we enter to experience or to discover ourselves. Aristotle called it "catharsis": the process of cleaning our emotional being through stimulated crisis. Why do we need this purification or purgation of the emotions? Because many of our problems are not solved and can't be solved; we need this stage of purgatory while we are alive. Pity and Fear, he wrote. That is what you direct. Bring my fears out to consciousness, give them expression -- and you will renew my spirit through release from tension.

[I have no time to demonstrate the tradition of church in theatre, including its inner architecture. Three areas: public, stage, backstage (look at floor plans of churches). Three different functional spaces.]

* Eisenstein introduced the premise of dialectical montage by describing his experiences on the theatrical stage:

Theatre's basic material derives from the audience: the moulding of the audience in a desired direction (or mood) is the task of every utilitarian theatre (agitation, advertising, health, education, etc.). The instrument of this process consists of all the parts that constitute the apparatus of theatre because, despite their differences, they all lead to one thing - which their presence legitimates - to their common quality of attraction.(30)

Even here, at such an early stage in his career and having made no major feature films, Eisenstein appeared to be describing dialectical montage. The instruments he describes above take the form in cinema of shots which, when they collide, function to mould the audience emotionally. As he goes on to suggest:

An attraction (in our diagnosis of theatre) is any aggressive moment in theatre, i.e. any element of it that subjects the audience to emotional or psychological influence, verified by experience and mathematically calculated to produce specific emotional shocks in the spectator in their proper order within the whole. These shocks provide the only opportunity of perceiving the ideological aspect of what is being shown, the final ideological conclusion.

Another aspect of revolutionary Soviet theatre which clearly influenced Eisenstein's montage, was its cubist and futurist art principles. Although he did not specifically equate his montage with such a 'Western' term as cubism Eisenstein, in accordance with the cubist aesthetic, believed that the best pieces of montage were those which are incomplete.
We find a prime example of this cubist/futurist design working in theatre in Meyerhold's model for The Bathhouse, with its conflicting vertical, horizontal and diagonal lines and its sparse, industrial aesthetic parallels quite sharply with many of the shots (with their conflicts of scales, lines, etc.) found in Eisenstein's films (the urban landscape of Strike with its scaffold structures and platforms is clearly influenced by Meyerhold's set designs).

I love to re-do my old works. People often tell me that I spoil them in the process. Perhaps, but I have never once been able to watch a performance which I have done without a desire to change something. M (312)

This statement demonstrates the nature of directorial process: rehearsals are the time for a director to work. The show time is for the public and actors...

There are not that many webpages on Meyerhold, but I will collect them. I promise.

There are several pages in Theory Directory related to Stage Directing (Mise-en-Scene, for example -- but from the theory POV).

The term itself is not well known and needs more definitions!

Actor is a transition from the objective to subjective space.

The only way to do it is to see space-time as one entity! See Chronotope Page!

Make several copies of your floor plan and keep them in your master file (notebook); you will need them to draw and redraw the movenet in your scenes.

What scene from Hamlet are you working on?

Write / number the main changes in positions (actors) on your floor plan.

Use the combination approach ("squares" and "clock") for your "acting areas" metrics. I re-numbered "9 Squares" (western style), "1" = DStage Right (the way we read, left to right)...

"Rondo" or "book" (covers) principles (return to the same spot is emphisizing the change). The SAME and the DIFFERENCE (repetition is needed for "reading").

We are talking about (stage) directions in terms of vectors only. It could apply to colors or masses.

"Vectors" are the link between space and time, the director is at that moment of transition between the two. Stay there, time gives birth to space and space pregnant with time... 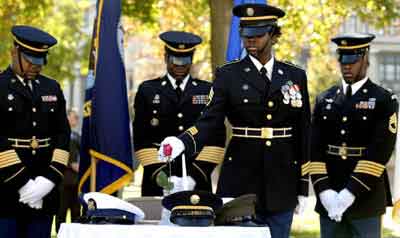 The "gravitas": downstage right is the "heaviest" part? Not DC?

The "motion" (accelaration, accoring to Eistein) creates the "mass" (mass of [stage] event and "depth of event" in film theory).