Bergman I, Bergman II, Bergman III or Bergman1, bergman2, bergman3
. . . Reflection as a Thought. Who does notice shadows? This is second life of light, second chance.
Bergman and Theatre?

Wild Strawberries captures the thoughtful and compassionate side of Ingmar Bergman rarely seen in his films. It is the story of an aging man's introspective journey on the meaning of his life, and inevitability of death. Professor Isak Borg (Victor Sjostrom) is compiling his memoirs in preparation for an honorary degree that he is to receive for 50 years of medical practice. After an incomprehensible nightmare, he impulsively changes his travel plans, and decides to drive to Lund with his daughter-in-law, Marianne (Ingrid Thulin). Marianne is separated from his son, Evald (Gunnar Bjornstrand), but decides to go home and reconcile with him. The road to Lund is a reluctant path that takes Professor Borg through his youth: the family's summer cottage, the town he served as a physician, and his mother's house. He meets a young hitchhiker named Sara (Bibi Andersson) who reminds him of first love. He rescues a stranded, verbally abusive husband and his suffering wife, who undoubtedly reflect his cruelty to his late wife. In the course of their journey, he confronts his past failures, and reconciles with his life, and mortality.
Allegorical dreams are integral to the film's theme. Professor Borg's runaway carriage dream is similar to the dream sequence in Fyodor Dostoevsky's Crime and Punishment, signifying the burden of life, guilt, and inescapability of death. The dream is obscure and surreal, as if the mind is in denial of its fate. In contrast, the summer cottage dream is lucid, nostalgic, and melancholy. Professor Borg reluctantly awakens from it with a profound sense of loss and regret. His most unsettling dream occurs in a lecture hall because it is a place that has defined his existence. Having become alienated from his family, and denied his skills, his life, and legacy, are lost. The final dream occurs after he attempts to reunite Evald and Marianne. Recalling a family picnic by the lake, the effect is warm, peaceful, and redemptive. It is a subtly beautiful affirmation of reconciliation and closure.
© Acquarello 1997. All rights reserved. http://www.filmref.com/directors/dirpages/bergman.html 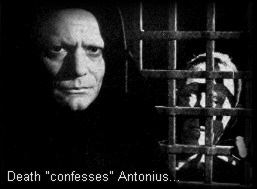 Copyright © 2007 by filmplus.org. Permission to link to this site is granted. 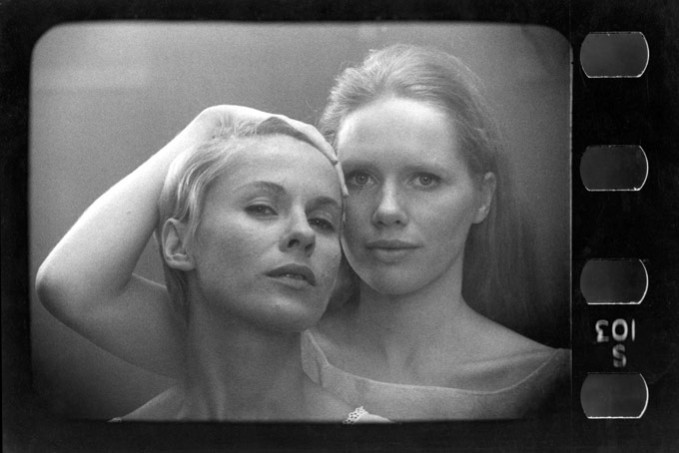 "Big B and Masters":

Freud (in Method Acting) and FILM

Bergman made his films beautifully. He called them "handmade." His budgets were all under well under half a million dollars. Technically, as a craftsman, he has no peer. The camera simply exists where he put it. It moves like the gaze of an ur-observer. It frames like a Matisse or a Hopper. It sees the light like Rembrandt. He never saw a reason to hurry the viewer along, like Hollywood story-telling does, scared by its own vacuity. In fact, he was more interested in nailing the viewer from image to beautiful image. What he achieved in his cinematography and montage, in the pacing and flow of his images, in his magisterial control, is beyond compare. Nobody touches him. Technically, put next to Bergman, a much-touted technophile like Steven Spielberg is a loud, crass, obvious, and unsubtle boor.

A set routine and a set crew brought Bergman to his technical mastery. He worked like Fassbinder, flitting between stage and screen with the same repertory company. "We've already discussed the new film the year before," Sven Nykvist, his second great cinematographer after Gunnar Fischer (The Seventh Seal), told critic Roger Ebert in 1975. "Then Ingmar goes to his island and writes the screenplay. The next year, we shoot — usually about the 15th of April. Usually we are the same 18 people working with him, year after year, one film a year." Among the 18, there was the important job of the "hostess," she who served coffee and pastries and made the set a haven of domesticity. "How large a crew do you use?" David Lean asked Bergman one year at Cannes. "I always work with 18 friends," Bergman replied "That's funny," said Lean. "I work with 150 enemies."

Haskell Wexler, the great cinematographer, wrote: "I was good friends with Sven Nykvist, who told me stories about Bergman. They sat in a big old church from very early in the morning until as black as the night gets. They noted where the light moved through the stained glass windows. Bergman planned where he would stage the scenes for a picture they were about to do. This had the practical advantage of minimizing light and generator costs. Sven said sitting alone with Ingmar in the church had a profound effect on him. I asked him if it made him more religious. He said he didn't think so but it did give him some kind of spiritual connection to Ingmar, which helped him deal with the times Bergman became very mean."

Bergman said rather humbly of his own process: “I want to be one of the artists of the cathedral that rises on the plain. I want to occupy myself by carving out of stone the head of a dragon, an angel or a demon, or perhaps a saint; it doesn’t matter; I will find the same joy in any case. Whether I am a believer or an unbeliever, Christian or pagan, I work with all the world to build a cathedral because I am artist and artisan, and because I have learned to draw faces, limbs, and bodies out of stone. I will never worry about the judgment of posterity or of my contemporaries; my name is carved nowhere and will disappear with me. But a little part of myself will survive in the anonymous and triumphant totality. A dragon or a demon, or perhaps a saint, it doesn’t matter!”

In fact, he made three films about the artist and his persecution by society: The Magician, Sawdust and Tinsel, Hour of the Wolf. He had two traumatic brushes with society: his tax arrest was one. The other one sprang from a stay in Germany in 1934 at the age of 16, when he lived as an exchange student with a clergyman's family. He attended a Nazi rally in Weimar. He listened to the clergyman toss off sermons based on Mein Kampf. ''We were absolute virgins politically and we found it marvelous,'' he recalled. ''We were infected.'' He returned to Sweden a ''little pro-German fanatic.'' Years later, he was overcome with shame. ''I understood I had made a great mistake, and since then political thinking has scared me to death.'' For many years, he never read political books or editorials. He didn’t vote. Watch the latest videos on YouTube.com
dict.txt : my dict. portal

My notes for myself : filmplus.org/600