6.6.04. I am not working on this book, I don't work on my nonfiction. I began to work on the trilogy "Russian Dreams" (play, in Russian). "Father-Russia" pages seems so abstract and anti-poetic. I wanted to be personal...

It's late for me to write a "book" or a "play" about Russia. Too late to go back. I am only can go further inside myself. It could look like a "book" -- and the very thought that I am writing a "book" terrifies me. Anatoly

On 5 December, a bust of Vladimir Lenin was dedicated in Murmansk Oblast, and on 21 December a bust of Josef Stalin will be installed at a school in Chelyabinsk, ITAR-TASS reported on 23 November. JAC.
Radio Liberty, 1998

How about that for news?

For "Father-Russia":
PS. Russian culture, including her Soviet bastard, was culture of hope. It lived on energy of expectation. Dreaming of better future. Something you see on the icons of Virgin Mary. Each generation was a new hope.

In two century since Peter the Great they covered a great distance. Till now.

What do you hope for now, mother?

Not the Soviet Union, fools, the spirit of Russia is broken!

"Father-Russia" chapters are @ Index and in order to understand New Russia or anything new one must to re-educate himself. Stalin and Mao knew the importance of "cultural revolution" -- you have to accept this NEW era -- the postmodern history.

Do you still wonder why I am having so much POMO in my writing?

The first Russians reached America in 1747 when fur traders arrived in Alaska. Some settled in the area and the Russian Orthodox Church became active in the region in 1795. When Alaska was purchased by the United States in 1867 most Russians living in the area returned home.

It was not until the later stages of the 19th century that large numbers of Russians emigrated to the United States. The main reason for this was the wave of pogroms in southern Russia against the Jewish community that followed the assassination of Alexander II in 1881.

Research suggests that over half settled in New York and Pennsylvania. Most were unskilled and were forced to accept low-paid jobs in factories and mines. Some unions refused to accept them as members and this resulted in them joining organizations such as the International Workers of the World (IWW).

Large numbers of Russians settled in the Lower East Side of New York. One trade union activist, Abraham Cahan, emerged as the leader of this group and played a role in persuading a significant number to join the American Socialist Party. Others, such as Emma Goldman, Alexander Berkman, Senya Fleshin and Mollie Steimer, became involved in the emerging anarchist movement.

There were several very important books written about Russian immigrant life. This included Yekl, a Tale of the New York Ghetto (1896) by Abraham Cahan and the The Promised Land (1912) by Mary Antin.

Russian immigrants also contributed a great deal to the development of science and industry. Important figures included the aircraft engineers, Igor Sikorsky and Alexander de Seversky, the biologist, Selman Waksman and the pioneer in the development of television, Vladimir Zworykin.

In 1919 Woodrow Wilson appointed A. Mitchell Palmer as his attorney general. Worried by the revolution that had taken place in Russia in 1917, Palmer became convinced that Communist agents were planning to overthrow the American government. Palmer recruited John Edgar Hoover as his special assistant and together they used the Espionage Act (1917) and the Sedition Act (1918) to launch a campaign against radicals and left-wing organizations.

A. Mitchell Palmer claimed that Communist agents from Russia were planning to overthrow the American government. On 7th November, 1919, the second anniversary of the Russian Revolution, over 10,000 suspected communists and anarchists were arrested in what became known as the Palmer Raids. Palmer and Hoover found no evidence of a proposed revolution but large number of these suspects were held without trial for a long time. The vast majority were eventually released but Emma Goldman, Alexander Berkman, Mollie Steimer, and 245 other people, were deported to Russia.

An investigation carried out in 1978 revealled that since 1820 over 3,374,000 people emigrated to the United States from Russia. This amounted to 6.9 per cent of the total foreign immigration during this period.

[ photo: Jacob Mithelstadt and his family from Russia at Ellis Island in 1905 ] http://www.spartacus.schoolnet.co.uk/USAErussia.htm

I place the libertarian logo to rimaind myself not to clouther the pages with politics. The directory "Personal Politics" was made to redirect my ideological whynning somewhere else. It doesn't belong to literature, even to the post-modern literature. Everything is "politicsal" -- food, smell, moods -- the ideas must be invisible, if it's true ideas. You discover them -- and you cover them again. You discover gravity and hide it again in a bird. Let others after me to discover the great laws in the great images. Mother-Nature does it, why should I behave differently? Reader should have his own discoveries... 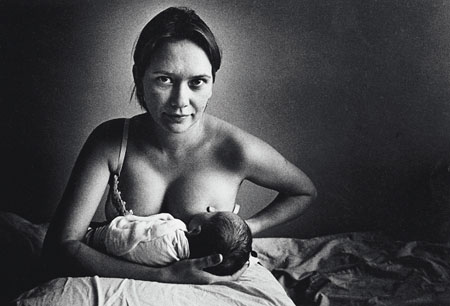 Over the last centuries there have been many strong waves of immigration coming from Russia. Before the start of the 20th Century most of the immigration occured because of religious reasons, when the Orthodox Groups were persued by the Government. The majority of the immigrants headed for North America, and the most popular place there was Alaska, which was part of Russia until the middle of the 19th Century. Later on, they spread from Alaska to the US and Canada.

In the 20th Century Russia lived through several waves of Immigration. At the very beginning of the Century a very tough economical crisis forced people to immigrate. A large number of those immigrants came from Ukraine, where the ecomonical crisis in agriculture was most devastating. In 1905-1910, over half a million people immigrated from Ukraine to Canada. The main places where they settled were Alberta and Manitoba, although a lot of them went to Quebec and Ontario. Even now, the Ukranian Community is one of the largest ones in Toronto. Its important to note that the Russian and Ukranian languages are very much alike, and people who speak Ukranian have no problem understanding Russian, and vice versa. At that time there was a large wave of immigration coming from the Jewish population that lived in the Southern part of Russia, and some of the Ukranians. A lot of those people headed for the US (mainly to New York) and Canada (Toronto and Montreal). The representatives of this wave had a great deal of influence on the economical and cultural life of USA and Canada. Mostly, the founders of the company Harley Davidson were immigrants from Russia, as well as the founders of Smirnoff. Many famous people in the US have families with Russian roots, or Russian ancestors.

The second wave of immigration from Russia occured during the 20 years after the revolution and the civil war, when over 5 million people had to flee from Russia and save themselves from terror. This was one of the largest waves of immigration, where the finest people were taken away. Amongst the immigrants were famous political candidats, people of art, scientists and businessmen. At first, most of them settled in Europe (mainly in Paris, Prague, and Belgrade), and also in China, although part of them went straight to North America. Later on, during World War 2 and after most of the immigrants went overseas to USA and Canada. Part of the people that settled in China went to Australia and New Zealand. The other part, even though not very large, went to Argentinia. This wave if often called "Aristocratic".

The third wave of immigration from Russia occured during the years after World War 2, when a lot of people who lived on German-Occupied territory or were prisonres of the Germans decided to immigrate and settle in Canada and the US.

The next wave of immigration from Russia began in the late 60’s and lasted until the end of the 80’s. It occured because at the end of the 60’s the Jews were allowed passage from the USSR to Israel. Part of the ones who were leaving and got to Italy and Austria decided to settle in Canada and USA. Thats why this wave is often called the "Jewish" one.

The last wave of immigration began in the 90’s and is still going until present time. This wave is often called "Professional", because most of the incoming immigrants are highly qualified specialists who were successful in Russia and are looking for a job in Canada to apply their skills and knowledge to. In average, over 15 thousand people come to Canada from Russia and other countries of the CIS each year, and 70% of those people settle here in Toronto. In conclusion, the Russian Community of Toronto in growing very rapidly. In the present day, it is counted by numerous tests that its number ranges from 120-200 thousand people. The newcoming immigrants slightly change the image of the Russian Community, making it more lively and dynamic. An example which describes how fast the Community grows is that 5 years ago there were only 3 Russian Newspapers in Toronto, the largest of them being 16 pages. Right now, there is over 20 newspapers and magazines in Russian, some of them being 64+ pages.
http://www.russiantoronto.com/en-community/com002.htm 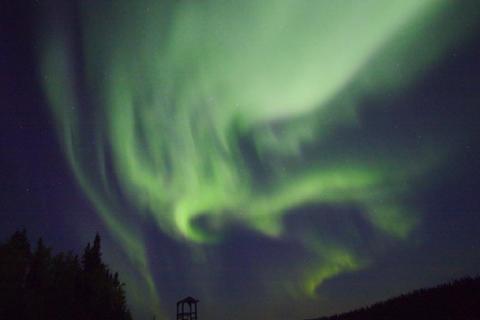