script.vtheatre.net/dramaturg and other dramaturg pages (to collect all in THR413)

From Script to Theatre

We will imagine we are a director, dramaturg, designer or actor. We want to be at the cutting edge of performance and will look to theory to inform our practice.

That being the case there are several imaginary scenarios in which the relation between script and theatre will be central and this subject explores some of the most likely ones.

You are a director choosing a script to stage for a theatre company.

You are a dramaturge who is asked by the theatre company to vet the hundreds of scripts sent in by young hopeful writers.

You are a dramaturge working with closely with a director and you will be asked to identify the generic, structural, compositional, political, historical oevre of the script.

You are a designer who is asked to come up with a concept that translates into a visual metaphor that represents the company’s take on the script.

You are an actor who is asked to come to rehearsal with an interpretation of your character.

This subject will put you into these various scenarios, some of which you will have already encountered.

But first some definitions, statements about the scope and some methodological underpinnings.

1. If we believe that the business of theatre is the faithful rendering of the author’s ideas onto the stage, then there would be no point going on with this subject.

2. If we also believed that ‘ a text is ... a line of words releasing a single theological meaning (the message of the Author-God)’ then we would not proceed (Barthes 146).

3. We take the view that ‘there is no other time [for the script]than that of the enunciation [and performance] and every text is written here and now’ (Barthes 145).

4. The subject is primarily concerned with language and theatre not great playwrights.

5. It is interested in the question of dramatic writing as a ‘mode of representation of theatre’ and the politics of those representations (Melrose 1994, 44).

6. It is interested in creating a new understanding of the place and function of writing in the theatre in relation to the bodies of the actors who utter and perform the scripts.

7. It is not interested in a literary reading of dramatic writing as great literature.

8. It is informed by poststructuralist (Derridean) notions of the text as open, as a play of meaning (semiotic play) as in the notion that there is nothing ‘in the text’ unless it is put there by the user in terms of her local and immediate context. Theatre is also not ‘there’ but a projection [of the spectator]. (Melrose 57).

Eg. Because we can now see that the 1990s user of Sophocles’ Antigone can bring to that writing conceptual models specific to a 1990s conception of theatre and understanding of current theatre technology, provided certain co-ordinates are available in the writing. (Melrose 1994, 58 and for the bursting seed pod analogy).

9. The question considered is: How is human experience transformed into dramatic language?

10. What is the relationship between dramatic writing and theatre practice?

The subject’s enquiry derives from a number of theoretical developments:

In Roland Barthes’ essay ‘The Death of the Author’, Barthes removes the author to ‘the far end of the literary stage’ (145) leaving us with the text. The Author is dead once the act of writing is finished.

The author is thought to nourish the book, which is to say that he exists before it, thinks, suffers, lives for it, is in the same relation of antecedence to his work as a father to his child. (145)

After the act of writing is over , ‘the modern scriptor is born simultaneously with the text’.

So our ‘script’ derives from the notion of the text as fluid, indeterminate, particular at the same time as it is structured by genre, grammar and convention and tradition.

2. Dramaturgy: The Study of the representation of the world through theatre.

origin of the word: dramaturgeo - I compose a drama (Pavis)

or drama-ergon - work, the work of actions (Barba) 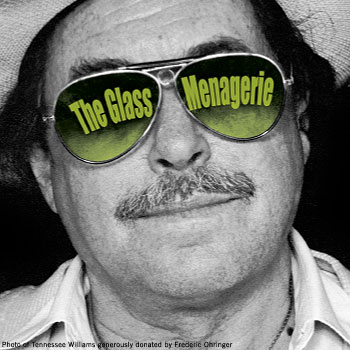 * All scripts and texts on this site are intended for educational purposes only * Syllabus : Schedule : Assignments : Notes : Links
SHOWs NOTEBOOKs = My Director's Notes and Scrapbook: